The Evolution of the Sacred Heart Tantra group in Scotland 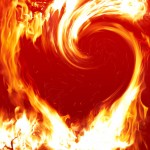 Just over four years ago, in March 2009, I went to see Lynn Paterson.  Whilst I was there I asked her ‘have you ever thought about setting up a tantra group in Scotland, Lynn?’  A wee while later she contacted me and asked me to help her set up a group!  My response was ‘but I don’t know anything about tantra!!!’  Of course I did, but I was coming from a scientist’s perspective where to set up a group suggested that all those setting it up were recognised experts in their field.  Lynn certainly had a wealth of experience in tantra massage and I had no doubts that she was well placed.   But me????  I’ve always been one to love a challenge though and had a well established reputation for making things happen and making things work.  So by April or May we had the meetup group set up (www.meetup.com/Sacred-Heart-Tantra) and in June 2009 we had our first meeting in Partick Burgh Hall, with its crazy carpets, and interesting noises and sound effects.  Lynn and Isaac led most of the meetings until they headed across to Ireland in early 2010 and at that stage I really couldn’t hide behind them anymore!  I was silently calling out to Scotty to ‘beam me up’ for most of the early meetings that year, but lucky for me the group had attracted really lovely members who were thoroughly supportive.

In the summer of 2010 I went to one of Luba Evans’ workshops and then to the first ever Tantra Festival in Osho Leela and in August 2010 I hosted Baba Dez Nichols, which was a joy.  I had been dancing round the edges till then but that was me right in the deep end; especially as Dez’ visit was a major shove for me to hand in my notice for my health service management job of 21 years and head to South Africa for the ISTA Practitioner training in December. (I’d done some training with Lynn in 2009 and had been offering tantra massage since then.)

One of the ways I’ve always been supported in life is in the people who come into my life.  In South Africa I met Shakti Malan, who co-delivered the training with Dez, and Denisa and Richard from Tantra Spa in Prague, Bruce and Shakara Lyons, Claire Rumor; Andrew Barnes, as well as many other beautiful souls who have become dear friends and deeply supportive of my work.  By that stage I’d also connected with Dr Kenneth Ray Stubbs and was fascinated by his work.  I returned to South Africa in the following year to do some intensive training with Shakti and Rahasya.  And in early 2011 I began doing some extremely intensive work with Ray (Stubbs).  In that year the SHT group and I hosted seven different teachers, including Uta Demontis, Carlos Jalon, Robert Silber, Shakti Malan, Lynn Jackson, Andrew Barnes, and Vesco Bondov (twice).  It was a crazy busy year that year, with each of these visitors staying at my house and offering sessions whilst here, but what a great year for learning!  During this time I was also doing development work with Ray Stubbs which left me feeling as if I was in mid metamorphosis – you know, that state where the pupae completely dissolves before it reforms!!

In relation to the SHT group I am deeply grateful to Vesco – watching his work was a huge inspiration for me and really helped me find my own way of working.  By the time he came in late 2011 we had moved SHT meetings from Partick to Yoga Healing Glasgow, which is a space that always felt so welcoming to come into and which we had already been using for most of our workshops so far.  Anthea has always been so incredibly supportive of the group and of me myself and my own work.  I had become very comfortable in facilitating the meetings by the time Vesco arrived.  He was running a mini workshop on the Thursday evening and the SHT monthly meeting was on the next evening.  When I asked Vesco if he would have a break in his evening he replied ‘no, because that breaks the energy’.  It was a real penny-dropping-moment!  So the following evening I completely turned round the way I facilitated the evening.  It was nerve-wrecking but folks loved it.  And from then on, at each monthly meeting, I simply turned up and followed the energy of the group with no set agenda.  This is tantra after all – being present with what is……

So the Sacred Heart Tantra group has undergone quite a metamorphosis of its own.   I have continued to grow and transform, mainly through the work I’ve been doing with Ray, and also in journeys I’ve taken to places like Mexico and the Earthdance ceremony, and in the people I’ve met and particularly through my own work, which continues to stretch me into growth.  Those who have followed me through the years  often remark on this change in who I am and what I offer.  And Sacred Heart Tantra has always been a vehicle for me to be in service.  The monthly meetings have continued, but always changing and growing.  We now offer monthly movie nights and more social events such as New Year social evenings and this month’s birthday party.  And I am about to start offering a monthly healing temple and a development circle.  We used to offer two set groups per year but interest had dropped off for these but I anticipate that I may be offering something soon that allows folks to explore in more depth and to commit to their own growth and development.

….Next I think I’ll add a little about how I was drawn to this work ….