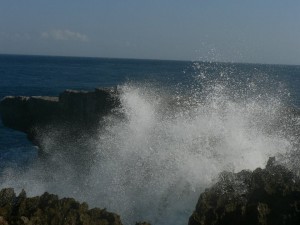 It’s been an interesting journey. Over the past couple of years as I’ve been working with women in particular I’ve seen how disconnected they have become from their bellies and in so doing disconnected from their intuition and power, and also from their creativity, sexuality and ability to receive. It’s a form of castration that we are often responsible for instigating ourselves. And we do this by rejecting our bellies on the grounds that they are too fat, too thin, too many stretch marks, or whatever reason. I sense that we allow/participate in this because we are terrified of the capacity of our own power.

In one to one sessions I’ve been supporting women to reconnect to their bellies and to this power and it has been a beautiful process to be part of. I have been conceiving some form of event to support groups of women to reconnect to their power and toward the end of last year I finally took the plunge and started offering this. It felt vital to include men in this process. I held two, 4-hour events on 15th December last year and it was an incredibly powerful and profound day. The first session was for women only and in the second session men were invited in. Because they were relatively short sessions I anticipated that it would be fairly light – how wrong was I!! Both sessions went very deep indeed and in the first there was deep collective healing amongst women and in the second there was quite profound healing of the individual wounds and the collective wounding between men and women.

I knew I needed to offer more and I kept having the thought ‘do something at Imbolc’. I couldn’t understand this till I read that the Celtic festival of Imbolc on 2nd February translates as ‘in the belly’! So I have been facilitating a series of events around this festival.